A park employee outside Fortaleza Ozama offered entrants flowers. Centuries ago someone might have offered her flowers, because here on Calle las Damas, the oldest European street in the Americas, las damas used to sidle down the cobblestones in search of eligible men.

Restorations in Santo Domingo, the oldest city in the Americas, have transformed a grimy, decaying Colonial Zone into a UNESCO World Heritage site.

The improvements have reinvigorated travel to the capital, spurring cruise ship visits, day trips from as far as Punta Cana, and new bars, cafes, restaurants, shops, galleries, and bookstores. Hotel choices have grown, too, because more visitors are deciding to stay awhile. This summer, 10 new walking routes (including one for children) are debuting, Santo Domingo has re-opened two historic sites, and a second phase of restorations is going to expand the Colonial Zone.

On previous trips I’d visited the Palace of Columbus, built in the early 1500s for Christopher’s son Diego. I’d been awed by the National Pantheon, a former Jesuit church that serves as a memorial to Dominican heroes. And, of course, I can never come to Santo Domingo without revisiting the oldest cathedral in the Americas.

From the outside you can see that sections of the Catedral Primada de America were erected at different times, but the interior conveys a sense of unity, even though part of it, the vault, is so old that it’s the only true Gothic construction in the Americas. Leaving the cathedral, I listened to children serenading this monument that was born 500 years before they were.

One of the two just-restored attractions in town is the Fortress of Santo Domingo, aka Fortaleza Ozama (c. 1502-08). The oldest European citadel in the New World, it’s small enough to evoke an amusement park fort, so I felt like a kid scampering up the circular stairs to a terrace and then on to the rooftop. By then I realized that this little fort is surprisingly high. It’s also impregnable, with walls measuring nine feet thick.

Reefs and Wrecks
The gate to the fortress is where that park employee was handing out flowers. Five centuries ago she might have encountered the likes of Hernan Cortez and Francisco Pizarro, because Santo Domingo was a launching pad for the Spanish conquistadores.

The conquistadores never did quite conquer the ocean; no one can. Currents crashed many a sailing ship against the inshore shoals and reefs, but that has inspired another new old attraction: the Royal Shipyards, which just reopened as the Underwater Heritage Museum. I watched a good video about the early settlement of Santo Domingo and admired guns, sextants, furniture, and other pieces from scores of shipwrecks.

One day I had lunch at Hodelpa Nicolas de Ovando, a five-star hotel with 97 rooms and suites in three connected buildings dating back to 1502. Ovando brilliantly marries modern comforts, antiques, and 500-year-old walls, and now the new Imperial Club rooms offer an even higher level of service and romance; that’s like designing a better Porsche. The hotel has a garden, pool, bar, fitness center, and complimentary parking. Clients not staying at Ovando should at least stop by for a drink or dinner. High-season rates for a Colonial Room start at about $280, including tax. FYI, Hodelpa also recently opened the Novus Plaza Hodelpa, a well-situated property that offers rooms from just $130 in high season.

One other new amenity: Kah Kow, a museum that offers videos about chocolate, tastings, exhibits, and an opportunity to custom-make a chocolate bar. I created a dark chocolate (82 percent) for my wife.

Sleeping with Royalty
I stayed at the El Embajador, a Royal Hideaway Hotel, which unveiled a $40 million renovation in February. This 62-year-old, 298-room landmark isn’t in the Colonial Zone, but it does pack in a lot of 20th century history, because so many movie stars and dignitaries have slept there.

My Junior Suite featured polished wood, marble, and a textured wall/headboard worthy of a museum. The tub, exposed to the bedroom, can be closed off via a metallic curtain. Many of the guests are high-end business travelers, but increasingly, leisure guests are staying here. El Embajador also hosts 120 weddings a year. The new spa and pool, and the 3-acre garden provide a resort-like atmosphere, so it’s lovely to eat at El Jardin restaurant while looking out at this oasis. High season rates start at $190, but I’d recommend booking the B&B option ($232). 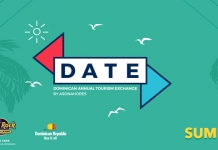 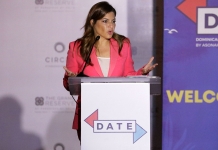 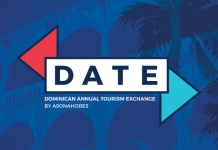